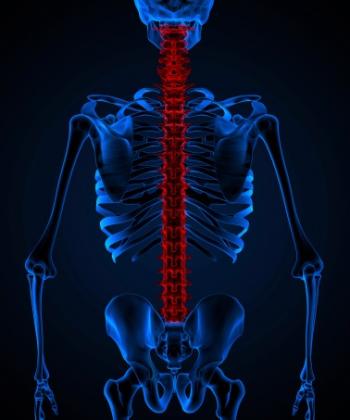 What is a herniated disc?

First, let’s take a step back to better understand the spine. Your spine is a column, divided into 3 major sections: cervical (neck), thoracic (upper back) and lumbar (lower back) spine. Each section is made up of bones, called vertebrae. The vertebrae are separated by fibrous discs. The discs act as cushioning for the spine, and they are made up of two parts: a hard outer protective layer, and a jelly-like center.

When a disc herniates, the soft jelly-like center leaks out.  This can happen for a variety of reasons, including injury, trauma, or aging and wear and tear. A herniated disccan compress nerve roots, causing pain. The degree of pain depends upon the amount of the center that has leaked out or broken through, and whether or not it’s compressing a nerve.

Herniated discs mostly occur in the lower back. Sometimes they happen in the cervical spine (neck), and most rarely in the thoracic spine (upper back).

David Cooper, a Major League Baseball (MLB) first basemen on the Cleveland Indians, suffered a rare thoracic spinal disc herniation. In a game on August 22, 2012, Cooper dove into a base, trying to beat a throw that would have gotten him out. He felt a “sharp, stabbing pain” in his back following his lunge into the base. Cooper felt unable to stand upright, take a deep breath, or twist and move his body.

Initially, he was diagnosed with a jammed neck and upper back spasm, but as he received more diagnostic testing, physicians got more insight into the true nature of his injury. An MRI showed that Cooper herniated a thoracic disc, and it was compressing his spinal cord. He was told to rest, but was still unable to play baseball or get back to normal activities.

Cooper opted to see a specialist in Phoenix, because of the complicated nature of his injury. Only 1 to 2% of back patients suffer a herniated disc in the thoracic region. The thoracic spine is surrounded by the ribcage, and a thoracic disc compressing the spinal cord (as his was), means that surgery must be done through the chest instead of the back. This makes the surgery more risky and complex.

The surgery, a thoracotomy, requires a large incision in the chest and the removal of a rib, allowing the surgeon to gain access to the damaged disc. There are numerous risks, but Cooper’s physician, Dr. Curtis Dickman, has done dozens of these procedures using an endoscope. The surgery also involved inserting a titanium plate and titanium screws into Cooper’s T-7 and T-8 vertebrae.

Cooper is now back to playing baseball, competing for a spot on the Cleveland Indians in spring training. Cooper’s physician, Dr. Dickman, is planning on using the video of Cooper diving into a base as part of a report for medical journals because it clearly shows how and when the injury happened.

Cooper knows he is fortunate to be back to playing professional sports – never playing again was a real possibility given the injury.

If you are experiencing back pain, contact us. Or call our dedicated Medical Concierge at 800-890-1964.